Rotary’s new president, Gary C.K. Huang, shows us the meaning behind the family of Rotary. Gary Huang played a lot of sports when he was younger, but basketball was his favorite. He was captain and point guard of his high school team. “I’m not tall, but I was quick.”

He flashes a grin. “I knew how to move the ball and set my team up to win.” That was decades ago, but whether in basketball, business, or Rotary, moving the ball continues to be Huang’s game. He likes action and progress. He relishes a challenge.

When the Rotary Club of Taipei told him he was too young to be a member, he persisted, attending every meeting for nine months until he hooked an invitation at age 30. Since then, he has not stopped moving forward. Five years after joining Rotary, Huang became club president. Then he became Taiwan’s youngest district governor, first RI director, and first Rotary Foundation trustee. This month, he becomes the first Chinese president of Rotary International.

Huang was born in Fujian, a province in southern China. He is the third child of seven. Like many others, his family fled China during the civil war, unhappy with the communists who were taking over the country. The family settled in Taiwan in 1947, when Huang was one year old. 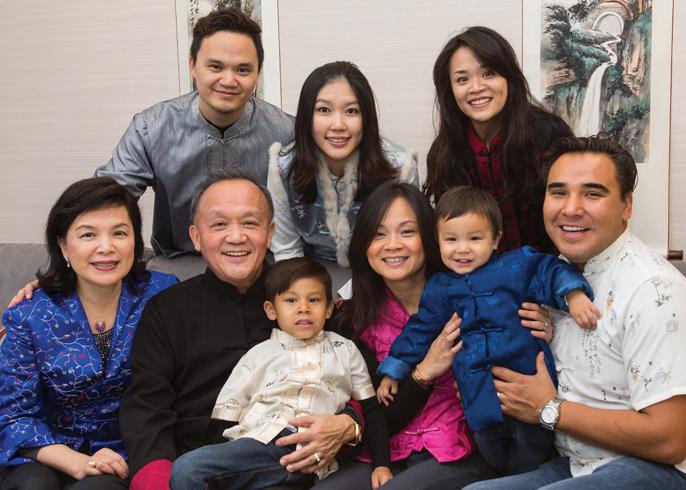 Huang’s parents pushed him to excel in school, but they also believed that grades were not the only things that were important. “My father used to say to me that getting B’s was OK, but I had to participate in activities and join clubs. He said that would help me in the future,” Huang recalls.

These days, Huang plays golf instead of basketball, but he’s still in the game of setting up his team – the team of Rotary – to win.